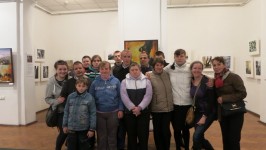 There is a lot to remember about this volunteer year in both orphanages: Gorodische and Cherven. Some groups were visiting both places which is a very difficult but a pleasant task! We are trying to gather some recollections of the volunteers that have spent their time in our institutions. And surely we thank all the groups and single volunteers that devoted their time to children. Every moment and every memory is different, and we will try and keep the record of them as much as we can.

Here is a small summery of one of your young but experienced volunteer from Clare, Ireland, Ruth Byrne, who kindly shared her impressions on her few week’s time in Belarus:

“My trip this year was no different from previous years in that there were hugs, kisses, smiles, tears and highs and lows alike but yet a completely different experience at the same time. I hadn’t travelled since 2012 and found some brilliantly simple but incredibly effective changes. Met lots of new faces and missed those that were gone. Overall I felt it was an extremely positive trip. I visited Cherven first and was delighted to see group 5 (mainly wheelchair-bound children) had been moved to the ground floor and group 4 (mobile young children- similar to group 5 in Gorodishche) were moved upstairs. It was such a simple change but one that means all the children in both groups get outside for fresh air nearly every day during the summer. I spent a lot of time with group 5 getting some of the children up and out of their chairs for walks every day. They tired easily but were so happy and I was so proud to see them get up and go. There were lots of new faces in group 6. I spent a good bit of time with the group helping with feeding and taking them out for walks. It was great to see them getting bigger and stronger; I saw a great improvement in Ira over the few days especially. Group 1 was more difficult as not all of them were getting outside. This made the afternoon we brought Jenya out for some sun and fresh air all the more special. I only wish we had the time to bring them all out. We had cake and a bit of a party for Nastia in group 3 to celebrate her 21st. The girls devoured the cake in minutes!! All the older kids are in great form too. The senior yard was as lively as ever. The music corner was bopping the whole time with dancers and the lads were all having the craic making jokes at my pidgin Russian. It was great to see so many of the younger teens moved up from the younger groups, the older yard suits them better they seem much happier.


Gorodishche was brilliant; everyone seemed to be in great form. It was very obvious the huge number of volunteers that had visited over the summer with their smiling faces and enthusiasm had lifted the mood of both the children and workers alike, there was a great buzz about the place. I was delighted to see the new ramps outside between groups 3 and 4 and by the medical unit too. Also, the new door in group 4 that leads right out to the veranda has enabled the entire group to get outside for some fresh and sunshine air all summer. It was great to see the yogurt programme still going strong. We fed yogurts to group 4 every day and to group 1 some days too. We continued the great work the girls had been doing and got Artsiom (group 4) out for a walk most days, either to the small gym or outside to the swings it was amazing to see the progress he made.
We had such a jam packed time doing activities with all the groups. We had art and sport with group 1. Soccer, games nights and music with group 2. Massages and music with groups 3 and 5 and music with group 7 too. We made salads with the embroidery girls twice a week and learned some yummy Belarusian recipes. We ended most evenings having a cuppa with the independents. The independent living was without a doubt the biggest improvement I saw this year. The young adults living there are so proud of their accomplishments and were eager to show us. It’s a real family unit they have there and it was lovely to be a part of it for a little while. They have all come on so far from when they were in their groups. Some have calmed, others have come out of their shells but all of them are happier. The independent living hasn’t only improved the lives of those living there but it has benefitted the girls and boys in groups 2 and 7 also. It was brilliant to see so many of their personalities shine this year, particularly the quieter ones who were always overshadowed by the bigger personalities. I felt there were huge improvements in group 2 especially. On my first day some children from groups 6 and 7 got to go to the local ‘stadium’ where the teacher Alena organised all sorts of games for them to play. The children had great fun and of course it wouldn’t be a real treat without some ice-cream . We also brought a group to Bravanivichi for a day. We all had a great day out. The children loved all the activities. We treated them to lunch, some games at the arcade, an art exhibition and some ice-cream. They were as good as gold. Some of them even had a great chat with a local man on the bus home it was lovely to see him be so kind to them. Over all it was a fantastic three weeks. All the smiles, all the challenges came with the full spectrum of emotions but I have to say it was probably my best trip yet. I was privileged to spend time with Mary, Laura, Ita and Robyn over the three weeks, each bringing something new to the table. My only regret is I couldn’t stay longer. Thank you Cherven, thank you Gorodishche, thank you Burren Chernobyl Project and a big thank you to all the volunteers who made a difference this summer by God was it worth it!” 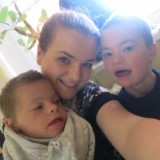 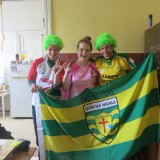 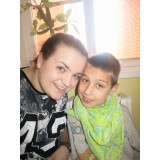 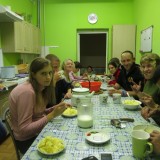 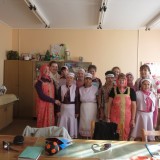