First church on the territory of an asylum 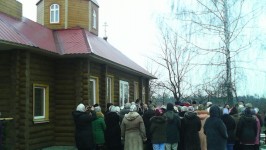 Today is a significant day for many people. The first church, that has ever been built on site of an asylum, was blessed by higher clergy of our country. Today the church opened its doors to the most important congregation – people living in the Cherven psycho neurological asylum, village Yazovki, Minsk region, and also for the people from the nearest villages.

This is a true miracle, that the idea that appeared in the head of the asylum director 3 years ago found response in the hearts of many people. Way to creation of the church was long and arduous. Nearly everybody was involved into fundraising money, materials and decoration. And nearly everybody worked. Local companies, and organizations, as well as the workers from the asylum and the residents themselves made their contribution. Our Fund has also supported the church. Having opened on our website a special project, we managed to fundraise some money and attract volunteers who helped my building and inner décor works.

And today we are happy to say thanks on behalf of the residents of this asylum to those who were taking active part in this project, to those who were donating money, who were helping to work, to those who were involved because they knew how important the spiritual support was. A special gratitude we would like to express to archbishop Veniamin, father Valerian (Smilovichi), brother Alexei who has done all the décor, archpriest Alexandr, Cherven, and all the other cleric people who took part in the whole event.

This was a very special day. Today we brought grace with us that we’ve obtained in this special place and that will remain in our hearts and in the hearts of those who have been at a miraculous event. 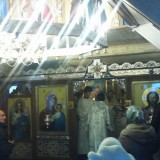 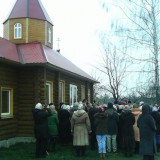 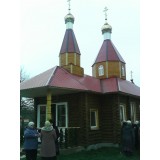 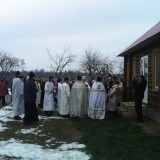 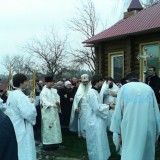