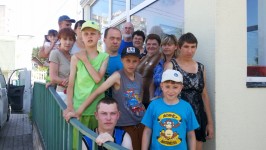 We are sitting with Liosha in the minibus beside the National Library in Minsk, came to the show “New year – the whole year around”. The teachers and the rest of the children are gone to the show.

“Why should I go, no reason” – Liosha sighs heavily. – “I’m not gonna see anything, I’d rather talk to you”.

Liosha is recalling his childhood, when he could still see a little bit.

“And how can I live blind? But I listen, I listen to everything. I can recognize a person by steps”.

True, I remember how Liosha commented on my arrival in the morning:

Liosha’s stories end up with philosophical conclusions and deep sighs:

«Ah, Arkadievna, Arkadievna», - this expresses depending on the intonation either sadness or flirting. And his singing “Don’t offend me, destiny” sounds very confidently.

Listening to Liosha’s singing and looking into his blind eyes, I’m thinking about varieties of fortune and eternal question “WHY?”

I don’t remember exactly when and who had this idea to bring children from institutions to Minsk for holidays, but it’s been the third year of happiness for the kids! It’s fantastic that Burren Chernobyl Project is sponsoring this and not only pasy for all their wishes and requests but also actively takes part in organizing parties and holidays for the children! One of the volunteers - an amazing person from Ireland Maire O`Conghaile – has spent the whole week with the children this summer participating in all the trips and helping make children’s dreams come true.

So many children have enjoyed their time in Minsk since it started… Some of them deeply stored in our memories, some a little less. There were many happy moments and many sad moments. During their week in Minsk we were getting used to them, that’s why saying good-bye was always sad and with lots of tears from all sides – children crying, carers crying, us crying too. The warmth of hearts, genuineness, love were gone. And instead of all this there was emptiness that was so hard to fill in. How can one forget an impulsive and charismatic Masha with her love to loud reproaches in the morning:

“So again I couldn’t sleep, they were walking and wondering around! I read even the whole book, as it was impossible to fall asleep!  But here they were again!”

(that’s all taking into consideration that Masha can’t read!)

I recall Vasya – a beautiful, calm and well-brought boy, a deep thinker.

We are walking with Vasya near the Hill of Glory (Beside Minsk) and there was a group of young – as they say now Latin- or Afro- Americans – very dark skinned lads. Vasya was staring at them a long time – obviously he had never seen anyone like that in Gorodische before. And then he asked:

It took me a long time to explain about the Africans, about the colour of the skin, about equality and brotherhood. Vasya was in deep silence. In about half an hour later Varia’s curious mind would’t leave him along and I literally collapsed on the ground because of his question.

A group of bigger lads that work at the farm belonging to the orphanage was very independent with their own ambitions. This was the only group that didn’t drop a tear – what can you say – real men!

On the first day of their holidays we were going to town after their lunch. There is always someone on the bus who is gonna get sick, that’s why I asked: “So how are you, are you not sick?”

And I got quite a surprising reply:

“How can you get sick on an empty stomach?”

No comments! I urgently rang the girls who help at cooking and ask them to double the amount of food!

As the result we changed the plates for bigger ones and were secretly watching the lads eating away, wondering if one can truly eat that much!? It turned out they could. Well, again … Men! Workers!

I often recall the group with two lads in wheelchairs – Yura and Liosha. It was in wintertime, New Year’s Eve, when no amusement park was working, that’s why we were visiting theatres and New Year’s shows.

“So how do you like it?” – I used to ask them after another event.

But what can you do – the kids in the group were of different age and grown-up Liosha had to watch the shows for the pre-school children!

One day that had an incredible luck: I have messed up and instead of going to the dancing show “Haroshki”, they got to go to the Philharmonic Hall. So Yura was happy – he had never slept as good as there!

There were so many moments indeed…

The girls from Cherven – singers, brides! All their trips were accompanied by lovely songs. Looking at them our hearts were ready to break apart. Each of them was dreaming about simple women’s happiness, they were telling us about their boy-friends, sharing secrets and expectation that would hardly come true.

When I asked her if the mother comes to see her often, she said:  “But when can she come? She has so much work, she gets tired!” (Her mother lives there in the same place, in Cherven)

Lovely, innocent, kind girls, they are not spoilt with anger or greed. One becomes kinder being around them.

Wonderful people dwell in these institutions. We remember all of you and looking forward to seeing you again: Vaselina, Nastya, Ruslana, Valia, Natasha, a lovely singer Polina, Sergei, Vitalik, Kirill, Dima, Vova with his unbelievably shiny and beautiful eyes, little Artsiom, well, EVERYBODY!

Lovely, tolerant, kind and very responsible teachers and carers work with these children. During all this time we were fascinated by them more and more, with every new group! God bless you for all your patience and that warmth that you give to the children, the warmth their parents should have given to them.

The Irish volunteers are a separate story – like believing or not. For the constant question in Ministry of Social Protection and the Department of Humanitarian Aid – “why do they come” – I always say something about Christianity, deep cultural roots, and traditions going back centuries ago and many other things but the truth is I don’t know the real answer for this question. They are different, just DIFFERENT. They think in a different way, they are brought up in a different way. They have other moral values and vision of life. Not trying to flatter I’ll just say that they are different and we won’t understand them with our mentality! I don’t want to insult anybody, but I don’t know any person from our country who would come in their own free time, for their own cost to any of our special needs orphanages (I don’t even mention Africa now) and stay there not in the best conditions for a week and after this week leaving the children, crying that they have to leave them! May be some people will say about a different level of life, but this is not about this. We seem to have lost our cultural roots of charity. Perhaps it happened along with the revolution, when “a cook became to rule the country”, and may be it need to take a few generations to change the situation!  I hope it’ll work out.

And now let me thank all the volunteers from Ireland – god bless all of you!!!

And here is the orphanage again. The kids are running to us, giving their little presents, saying hellos, asking to put them on the list form Minsk for next time. And we do it, because we have a hope and strong believe that with God’s help and Burren Chernobyl’s support their dreams will come true!! 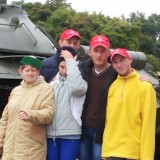 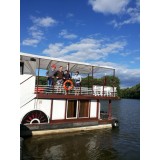